I had no clue what the consultants were talking about.

Early in my career, I was on a team that was tasked with carrying out a re-engineering project.

Consultants were brought in to crunch numbers, run reports and help get employees onboard for big sweeping changes in who and how work got done.

The consultants were big believers in burning platforms.

Some employees will resist change and stick with the status quo until the bitter end, said the consultants. By burning down the platform, they’ll be forced to jump. The pain of staying in their comfort zone will be greater than the fear of making a change.

Even though the Deepwater Horizon oil rig disaster wouldn’t happen for another 15 years, this seemed like a horrible analogy and a lousy strategy to pull off a major change.

Burning the platform wound up stoking more anger than fear. Employees saw through the smoke and didn’t jump. In the end, the only ones tossed overboard were the consultants and our project team.

Michael Margolis is not a fan of burning platforms. 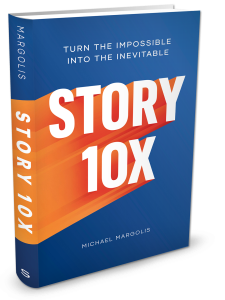 “As an innovator and change agent, you’re programmed to confront and challenge the status quo,” says Margolis, the author of Story 10X and founder of a strategic messaging firm. “To show people how things are wrong, bad or broken. And what is required to fix it. While you have truth on your side, who likes to be told they are wrong, bad or stupid?

“In fairness, this is just conditioned behavior. We all want to be right, yet, when you learn to tell your story in a manner that goes beyond right / wrong, you can truly move the needle, bend the curve and transform the world.”

If you want us to embrace whatever change you’re selling, make us feel good about going along for the ride. “Feeling good is contagious. You’re more likely to pique curiosity, leaving them intrigued and hungry for more. Yes begets more yes. They’ll see you as an ally around shared interests or needs and they’ll be open to your message rather than closed to it.”

Instead of burning platforms, tell us an undeniable story that’ll inspire us to join you in turning the impossible into the inevitable. “An undeniable story is a strategic narrative that transports your audience into the future – leading them on a journey beyond the world they know to the promised land of possibility. It conveys a new vision, strategy and roadmap so convincingly and compellingly that your audience can’t help but see it, feel it and believe it. They want what you’re selling. Because your idea is a self-evident truth that people can relate to.” 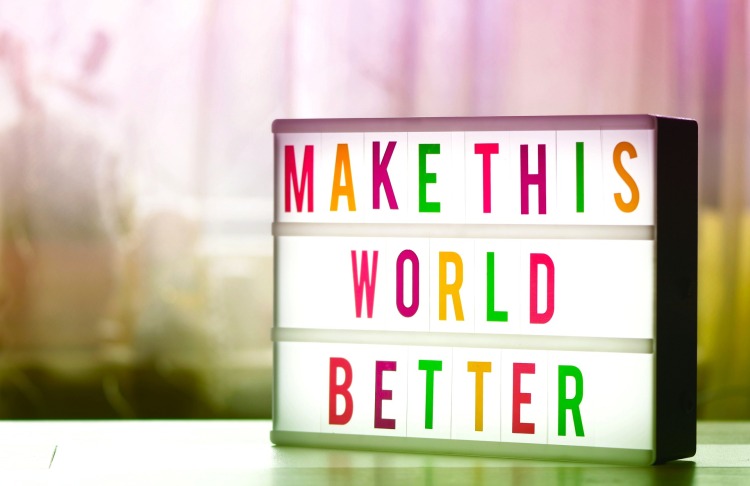 Margolis says narrative intelligence is as important as cognitive and emotional intelligence. Great leaders are great storytellers. “Business is built on persuasion and persuasion is rooted in story. The very best leaders are well versed in the art and science of story. They make magical things happen with their words.”

The best leaders make their stories personal and show vulnerability. They put their heart at the heart their stories.“If your message is personal to you, you have a much better chance of making it personal to your audience. If you’re emotionally invested in your ideas, your audience will equate that to motivation, resilience and long-term achievement. Let your vulnerabilities be seen and you’re far more likely to engender trust and rapport.”

So if you’re looking to change the world in 2020, Margolis can show you how to share an undeniable story that’ll give us faith in disrupting and innovating our way to a better future.

By day, I’m the communications manager with McMaster University’s Faculty of Science. Hamilton is home and I’ve reviewed business books for the Hamilton Spectator since 1999.